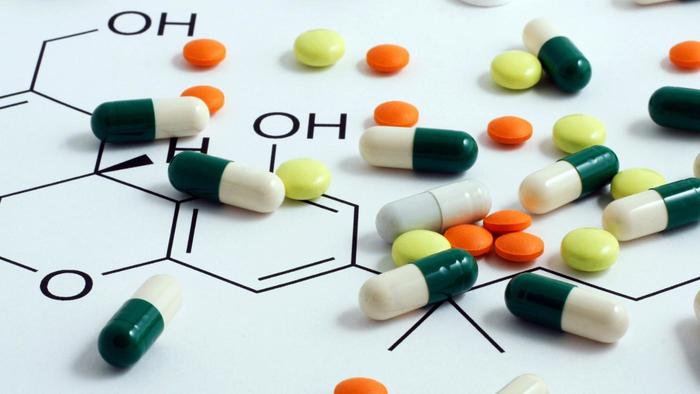 Artificial intelligence is fundamentally changing many industries and in the coming decades will transform our society as a whole. However, the most extraordinary developments for all of us could come from machine learning structures used in the medical field. By combining the vast amounts of medical patient data with powerful machine learning data-analytics algorithms, the healthcare sector can save thousands of lives and transition from a static to a dynamic and personalized approach for patient treatment.

Before diving into how machine learning is revolutionizing medicine, it is important to understand what machine learning is, and the sheer quantity and value of the data produced by the medical field. Machine learning is an artificial intelligence based method of data analysis, where an algorithm finds patterns and insights from a given pool of past data that it then applies to new data, primarily to make better decisions and accurate predictions1. These algorithms perform best and produce the most high-value predictions when given larger and more diverse training sets of data, and with the recent spike of computing power, this makes them an attractive tool for the healthcare industry1. The healthcare industry produces between 1.2 to 2.4 exabytes (1 exabyte = 250 million DVDs of data) every year, which has resulted in a grand stockpile of approximately 159 exabytes of patient data collected from healthcare providers, insurance companies, pharmaceutical companies, and other players2. Much of this data is unstructured and unprocessed, but many hospitals are adopting new IT architectures to clean and structure this data for analytics use.

The healthcare sector’s troves of Big Data, coupled with technological advances that allow them to create value from that data, has tremendous implications for the patient himself. Medicine is about to become hyper personalized, with patients’ medical data being combined with their social media data, financial data, census data, and more to create profiles for each patient that augments their treatment by making it tailored specifically towards them2. And at the heart of it all are machine learning algorithms, which reliably and quickly sift through all of this data to help doctors treat you not just based on their experience but also on the experiences of hundreds of thousands of other patients in your situation2. Aside from driving medical decisions, these algorithms can, perhaps more significantly, inform doctors of potential health risks their patients might have based on patterns the algorithm has learned to identify from its training data.

The University of Pennsylvania has begun using algorithm based data analytics to improve patient care at Penn Medicine as well as understand different diseases better. Using the machine learning approach, they were able to increase diagnoses of sepsis, a blood infection, from 50% to 85%, and identify such cases 30 hours before septic shock compared to only 2 hours before using past methods3. Even earlier this year, Penn Medicine trained a program to analyze how a certain bacterium’s genes responded to different conditions. The bacterium, Pseudomonas aeruginosa, is highly resistant to most antibiotic treatments, and is present in patients with cystic fibrosis and other lung diseases4. The program was presented with 5000 P. aeruginosa genes to identify gene expression patterns, and was able to show how the genes responded to different antibiotics, which served as an important start for researchers looking to combat the bacterium and improve treatment for patients with these chronic lung conditions4.

The healthcare industry has been somewhat slower than other sectors such as finance and retail to adopt artificial intelligence based data-analytics. The University of Pennsylvania is embracing the new technology and seeing extraordinary benefits to their patient care, and while they are setting an example, they are not alone. There have been numerous recent advances which demonstrate the potential of machine learning-enhanced patient care.

A developer of medical algorithms named Zebra has produced two algorithms that when used in unison can identify major cardiovascular problems before they even occur, which they claim can save over 500,000 lives a year5. The algorithm based diagnosis is more accurate and cost efficient than technicians’ diagnoses, thus capable of dramatically enhancing any hospital’s radiology services.

Zebra isn’t alone in this regard, either. Google DeepMind has partnered with world leading eye hospital Moorfields Eye Hospital NHS Foundation Trust and created a machine learning algorithm that is currently analysing the information of one million patients to help detect diabetes and age-related macular degeneration (AMD), two conditions that cause sight loss and affect over 100 million people around the world6. Early intervention is key in stopping these diseases, which can be difficult to do because human doctors often need a long time to analyze the complex eye scans. Google DeepMind is employing machine learning technology to analyze the scans more quickly and effectively, preventing cases of blindness while also preserving patient confidentiality (all information is anonymous) and collecting data on how to improve future treatment6.

However, machine learning is proving most effective in the fight against cancer. Mounting an early offense against cancer is a key step of a successful recovery, and a Swiss company named Sophia Genetics has created an incredible solution. It is an AI named Sophia analyzes the genetic code of DNA to diagnose diseases like cancer, and then optimizes that diagnosis by factoring in medical science and expert opinion, allowing doctors to provide the best treatment available to the patient. Sophia also constantly peruses a pool of medical data sent to the company by 170 hospitals around the world, meaning it is always refining its abilities7. Even IBM’s Watson, while most known for winning the $1 million jackpot on Jeopardy!, correctly diagnosed a rare form of leukemia in early August that had been misidentified by human doctors months earlier, saving the life of a 60 year old woman8.

The other key to an effective recovery from cancer is correctly identifying the type of cancer, which can be difficult as even two very skilled pathologists will only agree approximately 60% of the time when looking at the same slide of tissue9. Stanford researchers recently trained a computer program on more than 2000 cancer cell images to accurately identify two types of lung cancer (adenocarcinoma and squamous cell carcinoma) by finding cancer-specific traits and basing its diagnoses off them9. Most pathologists can only analyze several hundred traits when making a diagnosis, but the computer was ultimately able to assess more than 10,000 features9. The researchers found that as a result, the program was able to distinguish between adenocarcinoma and squamous cell carcinoma more correctly as well as predict patient survival times much better than pathologists. While this approach was applied just for lung cancer, given the computing power and training, a similar program could identify even more kinds of cancer and filter for specific characteristics that only certain rare forms may have.

Vice President Joe Biden recently called for new breakthroughs in treating cancer, and machine learning could be the answer3. Hospitals have the data, and machine learning is the answer to using that data most effectively to improve treatment knowledge and patient care. It is important to understand that the technology isn’t new, either; the artificial intelligence field has been around since the 1950s but the recent explosion of computing power along with increasing use by various commercial sectors has made many wonder when healthcare will make the full leap as well1. True, the field is somewhat caught up in traditional practices and somewhat reluctant to change, but there are other more pressing reasons.

The two major problems stopping healthcare from becoming an interconnected, highly efficient, and highly personalized industry are a lack of uniform data transfers and privacy concerns with patient data. Right now, there is no universally adopted systematic form for the data that hospitals produce, making exchanging and sharing with other facilities difficult. Ideally, however, hospitals should process data in a standardized format which can be transferred and used among all healthcare facilities, providing doctors with the most reliable and meaningful aggregate to compare against any patient’s case and deliver the most effective treatment2. Perhaps the biggest obstacle to the growth of data analytics in healthcare, though, is a concern for privacy from many patients, who are apprehensive about their private medical information being shared even if it is just for researching new solutions and optimizing patient care. Unsurprisingly, this has led many hospitals to adopt new IT security architectures designed to relieve these concerns. Our fundamental need for privacy needs to be balanced with the possibility of enriched patient care for all of us, since the more data that researchers analyze the better the outcome for all of us2.

Medical applications for AI have been researched for a long time, but it will be quite a while before algorithms are actively aiding doctors in hospitals on a grand scale. Though sluggish to adopt this technology, the healthcare field has already identified how valuable it could be; savings for the industry using data analytics could be as high as $232 billion, and the Big Data analytics sector is already valued at $100 billion and growing at twice the rate of the software business as a whole10. However, with the growth of computing power and more discoveries that reveal the power of combining machine learning analytics with healthcare big data, it will not be long before patient health care is forever changed and improved for the better.