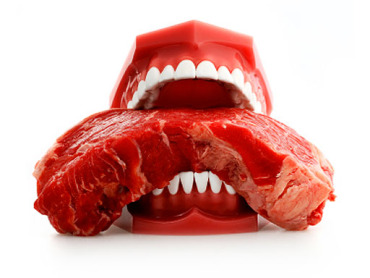 In 1970, Richard Doll and Richard Peto published a key study regarding nutrition and cancer; their conclusions were that 75-80% of cancers diagnosed in the U.S. may have been prevented by simply altering environmental factors like diet, alcohol consumption, and tobacco usage1. However, tobacco and excessive alcohol consumption affect a select population whereas dietary factors affect everyone worldwide. Since 1970, studies have shown that the variations of diet in different areas of the world are linked to varying types of cancer. In developed Western countries where diets are high in meat, fat and sugar, higher rates of colorectal, breast, and prostate cancers were observed2. A contrasting diet of starchy foods and low consumption of meat, fat, and sugar in developing countries observed lower rates of these “Western” cancers and higher rates of cancers of the liver and stomach2. Thus, the international variations in cancer and type of diet suggest that diet is a key risk factor in cancer.

So, how do you eat right if you want to prevent cancer? First and foremost, eat healthy enough to stay slim. Eating in excess is unfortunately a huge problem in Western society (U.S. and Europe)—here, two-thirds of the population is either obese or overweight1. The obesity and overweight epidemic is in fact also a leading cause of cancer, not because of specific foods we consume, but because of excessive body fat2. Obesity accounts for 15% of all diagnosed cancers today, and is convincingly linked to cancers of the endometrium, kidney, breast, colorectum, and esophagus1. Thus, trying to remain slim, by eating better and exercising, is indeed important for preventing future risk of cancer.

Besides trimming down the body weight, one can eat right to deter the risk of cancer. Let’s start with the foods you should avoid eating in excess. To reiterate, a diet high in animal products is linked to a variety of cancers. Yes, red meat, for all you steak lovers, is highly linked to colon or rectal cancers. In a study by the ACS (American Cancer Society), Michael Thun and his team conducted a prospective study on the meat-eating habits of one-hundred-fifty thousand people in the U.S, and observed that those who ate red meats had a 40% higher risk of receiving rectal cancer3. It has since been thought that both the iron and toxins in red meat are the main culprits behind these results3.

Salt has also long been associated with gastric (stomach) cancer—the second leading cause of cancer deaths worldwide. Tsugane et. Al conducted a prospective study in Japan on a middle-aged population—results showed a strong association between consumption of highly salted foods like fish roe and fish preserves and the increased risk of gastric cancer in both sexes4. Another study of gastric cancer and mortality in sixty-five Chinese counties resulted in similarly significant association between consumption of salt-preserved vegetables and gastric cancer mortality. In fact, the majority of population-based studies in general suggest that average salt consumption is closely linked with gastric cancer development and death5. The lesson? Try and cut back on salty foods every now and then—even certain foods like “bread and breakfast cereals” are actually high in salt content6.

There are also a number of foods that are generally associated with lower cancer risk. In the same study conducted by Michael Thun on meat consumption, the part of the population that ate the most poultry or fish had a 20 to 30% lower risk of developing the same colorectal cancers3. Fish especially seems to be associated with “anti-cancerous” properties, mainly due to the heavy concentration of omega-three fatty acids in fish and fish oils7. These omega-threes are essential components of cell membranes, and in certain lab studies, they have inhibited the growth of tumor cell lines in certain cancers7.

The next foods should come as no surprise—fruits and vegetables are indeed associated with a reduced risk of cancer in the esophagus, stomach, and colon or rectum2. Vegetables and fruits that appear to be preventive towards cancer in order of efficacy are: allium vegetables (e.g. onions, garlic, chives), followed by carrots, green vegetables, cruciferous vegetables (e.g. cabbage), and tomatoes8. Fruits and vegetables are among several types of foods that are rich in “anti-oxidants”—which have been known to lower risk in heart disease, and high blood pressure in addition to some cancers.

Currently, there are a variety of general methods to supplement one’s diet to lower cancer risk—for one, try replacing high salt, sugar, fat, and red meats with some fish, fruits, and vegetables. However, in the future, with increased genetic studies, we can likely tailor our diet and lifestyles to compensate for our genetic susceptibilities to certain cancers1. But for now, simple healthy eating and exercise is the best method to combat any future incidence of cancer in our lives.