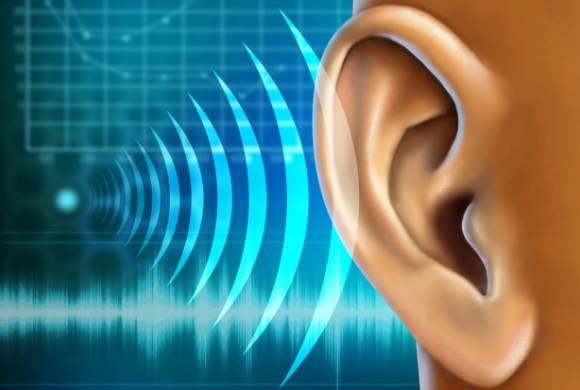 Sensorineural hearing loss is a serious impairment that deprives more than 360 million people worldwide from one of their vital senses. Furthermore, more than 1.1 billion people are becoming increasingly susceptible to the condition as well (“Deafness and Hearing Loss”). Though common, this medical disability has no cure yet. However, gene therapy is an emerging treatment that is being developed to tackle the root causes of this morbidity.

Humans interpret sound primarily through the auditory hair cells located in a portion of the inner ear known as the cochlea. Auditory hair cells are not actual hair cells, but have been labelled as such because they sport microscopic hair-like projections known as stereocilia at the top of each cell (Pujol). As sound waves reach the inner ear, they cause the stereocilia to sway back and forth, opening up pore-like channels at the tips of the projections. This allows chemicals to rush into the cell, converting sound waves to electrical signals which are then passed through the auditory nerve and carried to the brain (“Noise-Induced Hearing Loss”). If hair cells are damaged or missing, the connection between sound waves and the brain’s auditory processing center is broken, making it impossible to hear.

Prolonged exposure to high intensity noise, genetic mutations, and aging are the predominant ways that people damage their hair cells. Listening to sounds above 85 decibels for an extended period of time overstimulates the hair cells which begin to either bend, break, or completely shear off. Something as mundane as heavy city traffic reaches 85 decibels, while the sound of exploding firecrackers peaks at 150 decibels. The louder the noise, the less time it takes for the auditory hair cells to become damaged (“Noise-Induced Hearing Loss”). Even though external conditions do have a significant impact on hearing loss, the majority of people have attained this impairment from circumstances outside of their control. There are many different genetic mutations that prevent the body from properly producing hair cells. The most common genetic disorder that hinders people’s ability to hear is Usher’s syndrome. Usher’s syndrome causes irregular development and maintenance of the hair cells, and creates miscommunication in the transmission of sound waves (“Harmonin”). Thus, albeit hair cells are being produced, they ineffective in accomplishing their function. Similarly, people also lose their hearing when they grow older, as their healthy hair cells naturally begin to die off. Since hair cells control perception of sound, it is imperative to sustain them for as long as possible.

Auditory hair cells are developed during prenatal stages, facilitated by Atonal Homologue 1, a protein encoded by the ATOH1 gene. It acts as a transcription factor that plays a critical role in hair cell differentiation and maturation. However, in mammals, the gene is downregulated the first week after birth. So, unlike other animals, when mammals damage their auditory hair cells, the resulting hearing loss is permanent (Lytal). Gene therapy addresses this issue by reintroducing the ATOH1 gene to the cochlea to restart the development of hair cell growth. The process begins by isolating the ATOH1 gene and injecting it into an adenovirus, creating an adenoviral vector. Next, the gene-carrying virus is injected into the inner ear through a small incision in the eardrum and an even smaller laser-drilled hole in the bone that rests against the inner ear (“Scientists Hope to Cure Hearing Loss with Gene Therapy”). This forces the supporting cells in the cochlea to ectopically express the ATOH1 gene.

Even though experimentation with ATOH1 gene therapy is still in its infancy, its results have been promising. In a recent study, guinea pigs were deafened by ototoxic drugs (to mimic age-related hearing loss), causing a complete destruction of hair cells after just three days. Afterwards, the cochlea were injected with the adenoviral vectors containing the ATOH1 gene. The outcome showed partial, but stable, hearing recovery, evidenced by the presence of hair cells exhibiting stereociliary bundles. This further confirmed that the ATOH1 gene had caused trans-differentiation in the supporting cells, validating the practicality of ATOH1 gene therapy. Still, the experiment was limited by its inability to determine whether the observed hair cells were regenerated or whether they had simply been restored or repaired by the ATOH1 gene (Atkinson). Similar studies in which hearing loss was induced by noise rather than through drugs have yielded comparable outcomes. Guinea pigs that were exposed to repeated, simulated gunfire and injected with the ATOH1 gene showed signs of stereocilia bundle restoration and higher rates of survival for damaged hair cells. In fact, approximately fifty-eight percent of the guinea pigs’ hearing capability was recovered (Chien). With such assuring data, scientists have also conducted research with other genes.

While ATOH1 gene therapy is excellent for the regeneration of hair cells, it does not fix the problem of improperly functioning hair cells. Hence, people with conditions such as Usher’s syndrome would have no benefit from this treatment. Usher’s syndrome primarily causes mutations in the USH1C gene, which encodes for the protein harmonin. Harmonin controls mechanotransduction in the auditory hair cells, and is critical for sustainment as well (“Harmonin”). Unfortunately, with Usher’s syndrome, this gene is either incorrectly expressed, or ceases to even be produced depending on the severity of each individual’s situation.

By utilizing a similar approach  as ATOH1 gene therapy, but using the USH1C gene instead, research has already commenced on treating this cause of sensorineural hearing loss. In 2015, Harvard Medical School and Boston Children’s Hospital worked on mice with a mutation in the USH1C gene (they contained the exact same mutation of the USH1C gene as people with Usher’s syndrome), and injected them with a corrected version of the gene to observe the effects, if any, on hearing capability. After the corrected gene was introduced, hair cells in the cochlea began to produce normal, full-length harmonin. Since the mice were treated immediately after birth, they were able to produce healthy, functional hair cells. Although the experiment generated exceptional results, one constraint noticed was that when the procedure was done on mice eleven days after birth instead of immediately after, there were no positive effects on the mice’s harmonin (“Gene Therapy Restores Hearing in Deaf Mice, Down to a Whisper”). Nevertheless, scientists are excited the start gene therapy in humans in the near future to permanently cure hearing loss.

Though ample research is done on animals, ATOH1 and USH1C gene therapy in humans is still in its developmental stage. GenVec, a clinical stage gene delivery company, has recently introduced project CGF166, which will deliver the ATOH1 gene to humans who have severe sensorineural hearing loss. While the delivery process is still being refined, CGF166 is said to be an available treatment for patients in late 2017 (Cohen). However, one thing patients might be weary about is the inconsistency with ATOH1 gene therapy, as procedures have slightly varying outcomes. Still, many may be enticed by the hope of finally curing their sensory impairment for good. As for USH1C gene therapy, it could take some time before doctors start clinical trials on humans. The intricacies of harmonin have left scientists with many unanswered questions that must be addressed before this gene therapy introduced to the public. One of the biggest questions that researchers have been unable to provide an explanation for is the vast change in results for USH1C gene therapy that was performed just days after birth as opposed to immediately after birth. Although patients can anticipate ATOH1 gene therapy before USH1C gene therapy, both treatments will make the debut to the public in the coming years. Ultimately, as the only permanent cure for sensorineural hearing loss, ATOH1 and USH1C gene therapy needs to be further investigated and developed, to definitively rid the world of this medical disability.