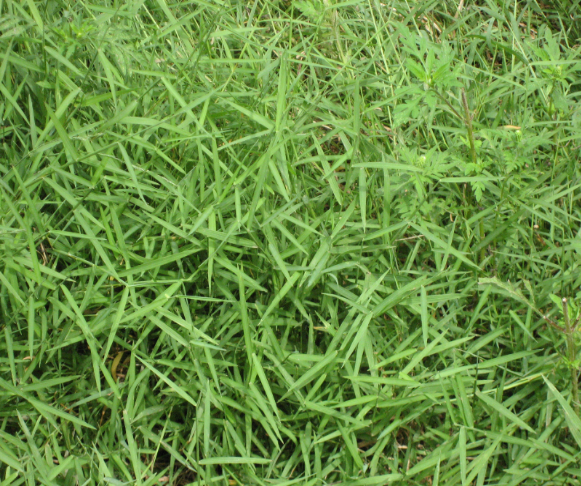 Many of today’s common farming and manufacturing practices, such as the use of nitrogen fertilizers and the burning of fossil fuels, can raise levels of nitrates in the soil (Davidson, 2012).  Elevated nitrogen levels may place native plant species, which are often slow growing and well adapted to nutrient poor soil, at a competitive disadvantage relative to certain invasive species that thrive in nitrate rich soil (Aber 1997).   This can cause a dramatic reduction in overall species diversity as the few plant species adapted to take full advantage of high nitrogen outcompete their neighbors (Aber, 1997).  A better understanding of the exact relationship between soil nitrogen levels and invasive plants is needed so that the costs and benefits of nitrogen cycle altering activities can be better quantified and analyzed.  More specifically, our study was developed to investigate if elevated levels of nitrogen in soils were disadvantageous for certain native plants relative to faster growing invasive species.

Innovation in farming and industry has produced tangible benefits and helped support the world’s exponential population growth.  Man-made activities associated with this innovation, such as the use of fertilizer in agriculture and the creation of air pollution from industrial production, have significantly altered the nitrogen cycle (Vitousek, 1997).  In fact, these activities have caused the amount of reactive nitrogen circulating in the earth’s soil to more than double (Aber, 1997).  High nitrogen levels may disproportionately benefit invasive plant species, thus decreasing plant diversity and materially altering the native ecosystem (Dukes, 2012).

Activities such as the use of nitrogen fertilizers, the burning of fossil fuels, and the production of agricultural crops that host symbiotic nitrogen-fixing bacteria, have led to elevated levels of nitrates in the soil (Davidson, 2012).  For example, when farmers add fertilizer to agricultural fields, approximately half of the nitrogen is not used by the crops and enters habitats downstream through leaching and downwind through the air (Davidson, 2012).  It is estimated that in the U.S., human activities have increased nitrogen fixation rates by a factor of at least 3.5 over the last hundred years (Compton, 2011).

Many native, and often slow growing, plant species are well adapted to nutrient poor soil (Compton, 2011).  However, as human activity increases nitrogen deposition, some natural species are put at a comparative disadvantage relative to faster growing invasive species that thrive in nitrogen rich soil (Davidson 2012).   These invasive species monopolize the available resources, at the expense of the native plants.  Both native and non-native plant species may become invasive in these altered environmental conditions but the result is the same:  a transformed ecosystem with dramatic reductions in biodiversity (Davidson 2012).   This is concerning because as local diversity declines so does plant production and resistance to environmental perturbations, such as drought (Naeem, 1999).

Despite the danger to the ecosystem, mankind’s impact on the nitrogen cycle is not fully recognized.  While public discussion about the carbon cycle is relatively common, the changes to the nitrogen cycle receive scant attention even though the nitrogen cycle has been more profoundly disrupted (Davidson 2012).  The cause, and benefits, of elevated nitrogen levels occur locally but the negative effects are felt globally, often in ways that are not fully understood or appreciated.  Increased crop yields feed today’s population and bring immediate profit to farmers.  Factories and trucks powered by fossil fuels provide jobs and are an efficient means for production and transport of today’s consumer goods.  The cost to the ecosystem, however, is less obvious, often delayed, and harder to measure.  Invasive plants fall into this category.  Further research into the relationship between elevated nitrogen levels in the soil and loss of plant diversity due to invasive species is needed so that the costs and benefits of nitrogen cycle altering activities can be better quantified and analyzed.

The loss of plant diversity has serious implications because it hinders the functioning of the earth’s ecosystems (Balvanera, 2011). Diverse plant communities are more efficient at capturing nutrients, light, and other resources than those with only one species.  For example, diverse plant communities generate oxygen and intake carbon dioxide more than twice as fast as plant monocultures (Balvanera, 2011).  Plant communities that provide humans with essentials such as food, clothing, and oxygen, may be compromised by invasive species.  For example, food supplies may depend on crossbreeding wild and cultivated plants to provide hardier crops (Hosanky, 1999).  Disease-resistant corn has been developed from a wild species of Mexican maize that was almost extinct when it was found in the 1970’s (Hosanky, 1999).  Likewise, endangered plants have helped in the development of new and innovative pharmaceuticals.  Taxol, an anticancer drug, comes from the bark of the Pacific yew tree (Hosanky, 1999).  The negative impact of diminished plant diversity must be quantified and weighed against the more obvious benefits of human activities such as crop fertilization and industrial production.

I hypothesized that there would be an increase in number of invasive plant species where soil nitrogen levels were elevated.

In this experiment, the independent variable is the quantity of nitrogen in the soil and the dependent variable is the population density of the invasive plants.  The invasive population density was measured using two different methods.  In the first method we counted the number of invasive plants in a circular transect 2 m in diameter.  In the second method we measured the percentage of invasive ground cover in the transect.

Four meadows were chosen:  an untouched, intact meadow, a meadow on a former agricultural field, a meadow adjacent to an active organic agricultural field, and a meadow adjacent to an active traditionally fertilized agricultural field.  In each meadow three circular transects 2 m in diameter were designated from different areas of the meadow.  Each transect was then measured for the number of invasive plants as well as the percentage of total ground cover.  In each transect two soil samples, dug to a depth of 20 cm, were taken from different locations within the transect and mixed together in a labeled plastic bag.  Each bag corresponded to a specific transect.  The soil was later removed from the bag, spread out, and allowed to dry overnight.  Soil nitrogen levels were then determined using a soil testing kit and measured in grams per square meter.  Five soil samples from each bag were tested, the high and low values were thrown out, and the remaining three values were averaged.

The control group in this experiment is the untouched, intact meadow.  This meadow was located on high ground and it was the closest possible environment to land with no additional nitrogen from human activities added.  The meadow is located in a state park in Pennsylvania that had never been fertilized for agriculture, according to records going back to 1920.  Because of the location on high ground relative to the surrounding fields, there was no direct nitrogen runoff from adjacent land, so the meadow may represent the population density of invasive species with minimal additional nitrates from human intervention.

A one-tailed t-test using .05 level of significance and 10 degrees of freedom was used to measure statistical significance of the sample correlation. 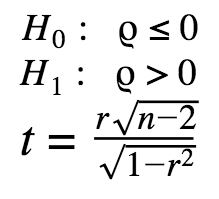 Table 1 shows the untouched, intact meadow had lower levels of nitrogen in the soil and less invasiveness than meadows adjacent to the three types of farmland.  The highest level of nitrogen occurred in the former and active traditional farmland, and the greatest percentage of invasive ground cover and number of invasive plants occurred adjacent to the active organic farm.

The results of this experiment suggest that meadows adjacent to agricultural fields have elevated nitrogen levels and this hinders plant diversity.  As compared to an untouched, intact meadow, the meadows adjacent to farmland contained higher nitrogen levels in the soil as well as greater amounts of invasive plant species, such as wineberry (Rubus phoenicolasius), Asiatic honeysuckle (Lonicera maackii), and Japanese stiltgrass (Microstegium vimineum).  This result is consistent with previous studies showing reduction in overall species diversity as a result of increased nitrogen level in the soil in North America and in Europe (Vitousek, 1997).

It is worth noting that it was difficult to precisely measure the amount of invasive species inside the transect.  Counting individual plants did not account for the size of the plant so, for example, a large bush of Asiatic honeysuckle and a single plant of Japanese stiltgrass carried equal weight.  The second method of measurement, percentage of invasive ground cover, also presented challenges.  It was difficult to make an accurate estimation and the result could be heavily influenced by a small number of large plants.  Our understanding of the relationship between nitrogen and invasive plants would benefit from additional data points, preferably from analogous experiments conducted throughout the region.

This experiment focused on the effects of elevated nitrogen levels, but the data from the active organic farm suggest there may be more to consider.  Soil adjacent to active organic farm was an outlier in that it contained lower levels of nitrogen but higher amounts of invasive plants when compared to both the former and the active traditionally farmed land.  This is interesting because organic farms are often considered to be more eco-friendly.  It is clearly not possible to draw meaningful conclusions about the relationship between invasive species and organic farmland from the single field studied in this experiment.  Further studies from across the country, with representative soil samples analogous to this experiment, are needed to validate this observation.

The benefits from advances in activities such as farming and industrial production are both significant and measurable.  However these benefits must be weighed against the true costs of production, which are harder to quantify.  The loss of biodiversity due to elevated nitrogen levels in the soil is one of potential cost that merits further study.  A better understanding of this relationship will help quantify the true environmental costs which may lead to a more thoughtful, and more sustainable, path forward.

Alteration of the Global Nitrogen Cycle:  Causes and Consequences.”  Issues in

in the Nitrogen Cycle: a New Perspective for U.S. Decision Making.”  Ecology Letters

Dukes, Jeffrey and Harold Mooney. “Does Global Change Increase the Success of Biological

Ehrenfeld, Joan. “Effects of Nitrogen Supply on the Dynamics and Control of Japanese

Barberry and Japanese Stiltgrass.”  National Institute of Food and Agriculture.gov.

the Impacts and Control of Common North American Species.  Mechanicsburg: