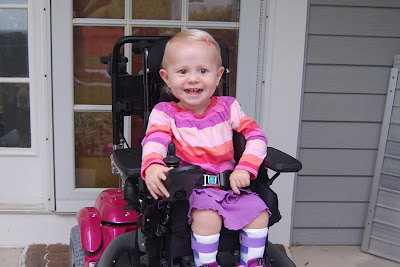 Which came first, the chicken or the egg? It is an old riddle that has puzzled countless generations.

Yet, scientists are now faced with another similar dilemma in Spinal Muscular Atrophy: which came first, sick motoneurons or sick sensory neurons?

Spinal Muscular Atrophy (SMA) affects 1 in every 6,000 newborns worldwide, making it the number one inherited cause of infant death1.  Children with the most severe form of this genetic disease, Type I, typically live only until 14 months to 6 years of age2. These infants have a rag doll appearance, as their arms and legs hang by their sides accompanied by little or no head movement3. Many of these affected children are also paralyzed for life, requiring extensive palliative care such as breathing and feeding aid. As a result, this is a devastating disease that exerts tremendous pain, both physical and psychological, on affected individuals and their families.

Currently there is no cure for SMA.

The disease is believed to be the clinical manifestation of unhealthy motoneurons, specialized cells in the spinal cord responsible for controlling muscle. Indeed, postmortem spinal cord tissues of SMA patients show evidence of extensive motoneuron dysfunction (Goran Simic). An effective cure of SMA will involve restoring health to these sick motoneurons. Since SMA results from deficiency of the Survival Motor Neuron (SMN) protein, putting SMN back in motoneurons is thought to be able to reverse motoneuron loss and therefore the disease.

However, this view has been challenged by recent reports from the Mentis and McCabe lab at Columbia University. In the nervous system, neurons often work with other types of neurons in interconnected neural circuits order to carry out highly-specialized roles. One such circuit is the sensory-motor circuit, involving sensory neurons, motoneurons, and interneurons. How the human body processes information can be simplified into inputs (information coming in) and outputs (what the body decides to do as a response). When there is an input (such as high temperature) from the outside environment, sensory neurons pick up that information and send it to the interneurons. The interneurons will then relay that information to motoneurons, which will activate in order to contract certain muscle (the output).

Sometimes, the sensory neurons will skip the interneuron middle man and connect directly onto motoneurons. When the Mentis lab at Columbia University studied this direct connection between sensory and motoneurons, they found major lapses in communication before there was motoneuron death in a mouse model of SMA4. Fewer connections were found between these cells, accompanied by the motoneuron’s poor functional response to sensory neuron activation. When the connectivity impairments were fixed by pharmacological means, subsequent motoneuron loss was reversed. These findings were supported by a subsequent study by the McCabe lab, which utilized the fruit fly as a model. Contrary to the classical view that the motoneuron is the major therapeutic target for SMN up regulation, targeting the motoneurons yielded no rescue in a fruit fly model5. Unexpectedly, SMN must be increased in sensory neurons and interneurons in order to rescue motoneuron impairments.

“It was not clear whether the death of motor neurons is a cause of the disease or an effect,” said Dr. McCabe, “Our findings in the fruit fly SMA model show that the disease originates in other motor circuit neurons, which then causes motor neurons to malfunction”6. Essentially, the McCabe and Mentis studies suggest that SMA does not arise primarily from motoneurons. The motoneurons may even remain relatively healthy under conditions of low SMN, and thus motoneuron-specific expression of SMN will yield minimal benefit. Instead, the focus may be shifted to to sensory and interneurons, which are suggested to be the primary vulnerable neuronal populations that lead to secondary alterations in motoneurons.

Since SMA is a disease caused by low levels of the SMN protein, it is thought that restoring SMN levels in individuals would be a viable therapeutic option. Indeed, strategies to up regulate SMN have shown much promise in experimental mice data. However, an affective treatment will entail expressing SMN in the appropriate tissue that will yield the optimal benefit. In essence, we would like to ask the question where is SMN needed? On a fundamental biology level, answering the question will yield greater understanding about the SMN protein and its functions. On a clinical utility note, knowing the spatial requirement of SMN will guide us towards the correct therapeutic targets for SMA treatment.

My goal as a neuroscience writer is to inspire. I want to inspire fellow high school students to take an interest in learning how the brain works, as the key to building the next generation of neuroscientists is to pass along my scientific passion. The easiest way to ignite curiosity is through reading and writing scientific papers. Why? Doing research isn’t all about handling beakers and running reactions on the laboratory bench. Scientists do a tremendous amount of reading and writing, too. They read and write in order to understand what they don’t know and identify new ideas for research. Similarly, reading and writing allow the high school students to explore the unknown without costs, providing every student with equal opportunity to learn about cutting edge science.
Neuroscience is very intimidating, and I get that. After all, how would any student learn to appreciate science if they are scared away? Moreover, I don’t want to my articles to be too simple to the point where the science is gone. What’s the point of reading a science article if there’s no science? Thus, I wanted to combine the easy-to-understand writing style of Yahoo articles with the scientific rigor of PubMed articles. Through writing my review articles, I have learned to communicate complicated neuroscience concepts in a way that anyone could understand. When students begin to understand the science, they will see that neuroscience is very cool! I hope that my review articles will encourage students to become more curious about science.