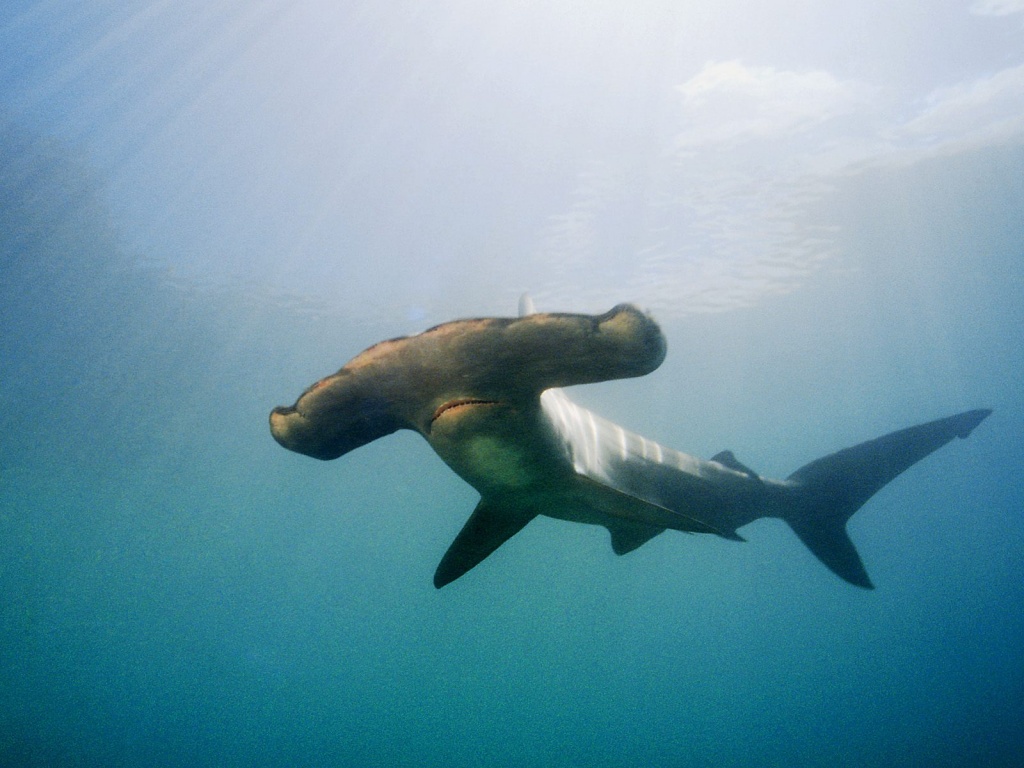 Ever wondered what evolutionary benefit could possibly arise from having a T-shaped head? Well, the hammerhead shark can certainly attest.

In a recent study on hammerhead sharks at Florida Atlantic University, team study member Michelle McComb found that hammerhead sharks had amazing peripheral vision. Michelle’s team performed lab tests on different varieties of sharks that included sweeping a light in various arcs around the shark’s head and measuring electrical activity in the eye. What they found was that the hammerhead shark could respond the most, of all types of sharks, to the light, thus proving that they have the widest range of vi sion among all sharks. But could this have some connection to their unique T-shaped heads?

The Journal of Experimental Biology has noted that hammerhead sharks “have outstanding forward stereo vision and depth perception.” Stereo vision is the type of vision that arises when an organism’s eyes are able to view the same object at different angles, and send signals to the brain to allow the organism to view the object in many perspectives at once. Humans, for instance, have stereo vision, as do hammerhead sharks. However, some other sharks have binocular vision, which do not allow for stereo vision, and thus have weaker depth perception.

But most amazingly about the hammerhead sharks is the extent in the range in which their head shape allows for their stereo vision to be used. Hammerhead sharks can, in fact, see in 360 degrees around their heads, making them a deadly predator in the marine environment.

So to answer the question posed at the beginning of this article: the hammerhead shark’s uniquely shaped head allows it to gain a 360-degree range of vision around itself, making it a formidable predator and awesome animal.