Of the six detectors being constructed at the Large Hadron Collider (LHC), one is A Large Ion Collider Experiment (ALICE), a specialized detector for heavy ion physics.  Scientists hope ALICE will be key in solving the mystery of the origin of matter.

All matter is composed of atoms, consisting of a core nucleus made up of protons and neutrons. These are formed by quarks held together by gluons. ALICE will utilize a solenoid magnet to produce a magnetic field that will propel electrically charged particles – in particular, lead ions – to near light speed which will collide with each other to produce conditions similar to those during the Big Bang. These collisions will generate temperatures so high that they should cause the quarks in the nucleons to be freed from their gluon bonds, resulting in a state of matter called quark-gluon plasma, which is believed to have existed shortly after the Big Bang. By studying the plasma as it expands and cools, scientists will attempt to learn how our universe was formed. 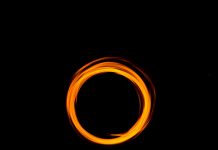 Application of holography to the black hole information problem