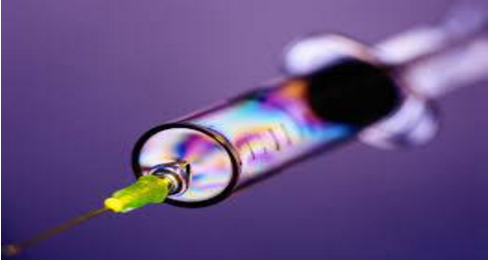 In 2017, approximately 87,110 new cases of  melanoma will be diagnosed and about 9,730 people are expected to die of melanoma. For the past 30 years, the rates of melanoma have been rising (Key Statistics for Melanoma Skin Cancer 1). There are many new treatments being discovered to treat melanoma everyday. Among the most common cancer treatments are chemotherapy, radiation therapy, and surgery. Chemotherapy is a systemic therapy that targets growing cancer cells and shrinks tumors. It is often directly cytotoxic, meaning it affects all cells. Radiation therapy is a form of cancer treatment that uses high energy radiation such as X rays or gamma rays to kill cancer cells. Cancer surgery is an operation to remove a tumor and surrounding tissue. Recently, a treatment called immunotherapy has been increasingly used. Immunotherapy functions through the harnessing of the body’s immune system to fight cancer.

An oncolytic virus (OV) is a type of immunotherapy virus, which can replicate and spread within a tumor cell population without affecting normal tissue. OVs offer targeted therapy acting as in situ tumor vaccines and are selectively cytotoxic due to virus replication. Moreover, they can be engineered for enhanced tumor selectivity and safety. This can be alone or in combination with other agents, such as ipilimumab, “a monoclonal antibody that works to activate the immune system by targeting CTLA-4, a protein receptor that downregulates the immune system” (Ipilimumab 1). OV trials have been promising and shown to be effective with little or no side effects. There has only been one Food and Drug Administration (FDA) approved OV in the United States (U.S.), talimogene laherparepvec (T-VEC). T-VEC is a genetically-engineered herpes simplex virus, with gene deletions that make it safe and non-permissive in normal cells, and expresses an immunomodulatory cytokine, GM-CSF. OV immunotherapy is a safer, more precise tool against cancer than chemotherapy, with fewer long delayed side effects. The best way to treat melanoma today is a combination of OVs and other agents such as ipilimumab and commonly used treatments, such as chemotherapy.

What is an Oncolytic Virus?

OVs “selectively replicate in and kill cancer cells, and spread within the tumor, while not harming normal tissue. In addition to this direct oncolytic activity, OVs are also very effective at inducing immune responses to themselves and to the infected tumor cells.” (Chiocca E, Rabkin S 1) There are many different methods of administering immunotherapy, including oncolytic virus immunotherapy. In oncolytic virus immunotherapy, the virus is genetically modified to only target cancer cells and is injected into the tumor to makes copies of itself. Then, the cells burst and release antigens as they die. Antigens are toxins or other foreign substances that induce an immune response in the body. Because of this, the patient’s immune system is triggered to “target all the cancer cells in the body that have those same antigens. The virus does not enter healthy cells” (Understanding Immunotherapy 3).

Melanoma treatment effectiveness has increased utilizing OVs in combination therapy. Trials have shown that OVs are most effective in treating advanced melanoma. The transformative trial that gained attention for T-VEC was the randomized, global trial that tested 437 patients with stages IIIB, IIIC and IV melanoma. This trial evaluated the safety and performance of patients treated with OVs, in comparison to those treated with granulocyte-macrophage colony-stimulating factor (GM-CSF).  GM-CSF is “a substance that helps produce more white blood cells, specifically granulocytes, macrophages, and cells that become platelets. It is a cytokine that is a type of hematopoietic (blood-forming) agent” (GM-CSF 1).

This trial was monumental in the approval of T-VEC by the FDA, due to the objective response that occurred. T-VEC improved durable responses in patients with advanced melanoma, evoking a 50 percent decrease in the size of both injected and un-injected tumors within the first 12 months of treatment, and lasting at least six months or more. In patients who had an objective response, nearly 40 percent were complete responses.The durable response rate (DRR) and overall response rate was significantly higher with T-VEC than with GM-CSF. This trial concluded that T-VEC had a promising potential for treating advanced metastatic melanoma because T-VEC was the “first oncolytic immunotherapy to demonstrate therapeutic benefit against melanoma in a phase III clinical trial” (Andtbacka 1). Because OVs alone are very potent in late stages of melanoma, they could be excellent agents in combination therapy.

In a trial conducted utilizing T-VEC and ipilimumab in treatment for advanced melanoma, researchers hypothesized that “combining immunotherapeutic agents with different mechanisms of action may enhance efficacy” (Puzanov 1). Immunotherapies block PD-1 (programmed cell death protein 1), and by doing so help activate the immune system to attack tumors. The data did not exhibit any dose-limiting toxicities. Tumors either shrank in size or were no longer detectable in 56% of patients, including a 44% durable response rate lasting 6 months or more. There was an 18 month progression-free survival of 50% and a 18 month overall survival of 67%. The researchers concluded that “T-VEC with ipilimumab had a tolerable safety profile, and the combination appeared to have greater efficacy than either T-VEC or ipilimumab monotherapy” (Puzanov 1).

While there have been no trials of combined therapy between T-VEC and chemotherapy, many other immunotherapies have been tested with chemotherapy and have proven to have a greater efficacy than either treatment alone. Chemotherapy is a strong agent commonly used to treat many cancers, however, it has many adverse side effects that could be reduced by utilizing immunotherapies. Because T-VEC is a very new treatment, there still needs to be more clinical research trials conducted to spread awareness of the full potential of this immunotherapy treatment.

Immunotherapy is a targeted therapy meaning that this treatment does not harm healthy cells. Because T-VEC is a targeted therapy, it can recognize the cancer cells and and therefore selectively kill them. Contrary to this, chemotherapy does not recognize the cancer cells and can kill many healthy cells and tissues too. T-cell immunotherapy involves directing a patient’s cells to recognize a protein present in cancer cells, enabling them to seek out and destroy the cancer. T-cells are “a type of white blood cell that is of key importance to the immune system and is at the core of adaptive immunity” that recognise and kill virus-infected cells directly and identify these cells for future recognition (Medical Definition of T cell 1). Immunotherapy stimulates the immune system to evoke a cancer fighting response. The immune system protects our body from harmful substances such as bacteria and differentiates between healthy and abnormal, virus-infected cells. Cancer cells are cells that have mutated, forming solid tumors or flood the blood with abnormal cells. Cancer cells are not detected by T-cell receptors because of a molecule called programmed death-ligand 1 (PD-L1), found on the surface of cancer cells. PD-L1 deactivates T-cell receptors by binding to PD-1 and B7-1, allowing cancer cells to continually divide and spread throughout the body.

Immunotherapy helps target the PD-L1 PD-1 pathways in order for T-cell receptors to detect and destroy cancer cells by preventing PD-L1 from binding to PD-1 and B7-1. Another approach is isolating T-cell receptors from the patient, and engineering them to express chimeric antigen receptors (CARs) that recognize cancer cells. CARs are “proteins that allow the T-cells to recognize a specific protein (antigen) on tumor cells” (NCI Staff 3).  These modified T-cells are grown and expanded in a culture, and then infused back into the patient.

Due to its tumor selectivity, T-VEC and other immunotherapies are generally less harmful to the body as chemotherapy can be due to side effects and secondary cancers caused by the damage of healthy cells in chemotherapy treatment. Furthermore, this poses the strategy of combining chemotherapy and T-VEC not only for better results, but for a safer treatment option than higher doses of chemotherapy alone. T-VEC has a good safety profile working alone, and in combination with chemotherapy it could reduce the amount of healthy cells that are damaged. It would enable a lower and less toxic dose of chemotherapy because toxicity is related to dose, and be more selective in targeting cancer cells alone.

Besides causing secondary cancers, chemotherapy is known to have many other adverse and non-adverse side effects compared to any other type of cancer treatment. Along with strenuous cancer treatment, chemotherapy causes other detrimental side effects among patients. The amount and adversity of the side effects of chemotherapy far outweigh those of immunotherapies. Common side effects in trials that utilized T-VEC were generally very low-grade and few in number. These included “fatigue, chills, pyrexia, nausea, influenza-like illness and injection site pain. Most adverse reactions reported were mild or moderate in severity and generally resolved within 72 hours. The most common grade 3 or higher adverse reaction was cellulitis.” (The ASCO Post 2). These side effects are much less serious than those of chemotherapy.

OVs show great promise in combination therapy trials, which could potentially produce a partial or complete remission. Chemotherapy and other immunotherapies are excellent options for combination with T-VEC. Combination therapy has been proven to work better than either of the agents working alone. In addition, combination therapy can reduce adverse side effects of the treatments being utilized, especially in trials using chemotherapy. There needs to be more trials conducted on larger scales, therefore it is important for patients to enroll in clinical trials, to aid in recognizing the full potential of T-VEC. The budget for cancer research is tight, and therefore more melanoma and T-VEC awareness needs to be communicated in order to encourage people to donate to cancer research organizations and encourage the government to fund research on new treatments that could potentially cure melanoma or provide advancements for this disease that affects millions of people.

“Medical Definition of T cell.” MedicineNet, a type of white blood cell that is of key importance to the immun…. Accessed 18 Mar. 2017.