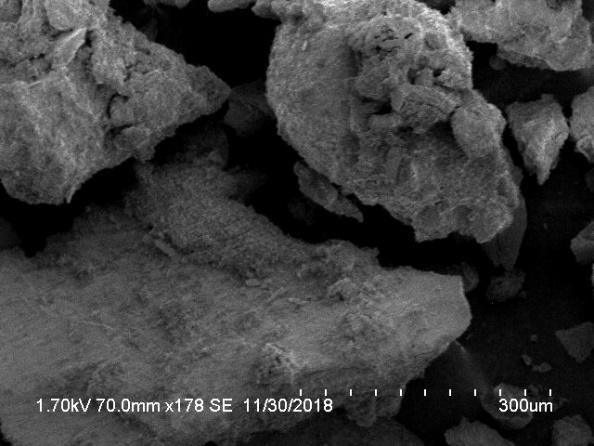 Levels of water pollution continue to rise globally. In the Chesapeake Bay specifically, water pollution threatens the survival of a formerly world renown estuary. As industrial processes and automobile usage continues to grow, water pollution has also risen. Printed Circuit Board manufacturing, electroplating, and petroleum refining are just a few examples of the sources of heavy metal pollution from industrial processes [1]. Oil leakage and brake pads from the millions of automobiles on the road each day leave behind heavy metal pollutants on roads [2]. These get carried along with stormwater runoff into the waterways. Heavy metals, even at very low concentrations have been found to accumulate in the food chain and create serious health hazards, both for humans and the environment [3]. Similarly, dye pollution from the textile industry remains one of the largest water pollutants globally. Dyes not only disrupt ecosystems and destroy limited freshwater supplies, but many of them also have carcinogenic side effects, making them especially dangerous [4]. Many current filtration mechanisms are expensive and inefficient and only treat organic pollutants. They ignore dangerous pollutants such as heavy metals and dyes [1]. An environmentally friendly, effective, and economical filter is needed that can address both wastewater and stormwater pollution.

In recent years, scientists have been looking at waste materials as potential water filters. Not only would these filters protect the environment but they also would reduce the amount of trash in landfills. Some scientists have looked at using pure waste materials such as fruit peels, seeds, and animal shells to remove pollutants from water. These materials typically use physical adsorption, a process in which an object – the adsorbate – adheres itself to the surface of another object – the adsorbent. Oyster shells specifically have been studied because of the practicality of their implementation due to their hard, durable structure, allowing them to be handled at an industrial scale [5]. Yet, previous research on the ability of oysters to remove dyes and heavy metals from flowing water has been limited as most studies have been centered on polluted water soaking in oyster shells. This is an unrealistic approach, however, as in an industrial setting, water would flow over the shells rather than soak. Thus, this study ran water through the shells to determine the shells’ filtration capabilities in such an environment. Furthermore, it remains unclear whether oyster shells remove pollutants through physical or chemical adsorption as little research has been conducted on this matter. A study by Dr. Kamalu from the Federal University of Technology suggests that oyster shells use physical adsorption [6]. The current study uses images of shell structure to help evaluate this claim.

Other scientists created new, hybrid, porous materials out of waste and natural materials. One promising material is a hybrid between silica fume and sodium alginate. Silica fume, a waste material, is used to strengthen the material, while sodium alginate, a derivative of algae, binds it together. Previous studies on this hybrid material demonstrate that it has a high capacity to remove organic dyes from water [7]. However, research regarding its filtration abilities in respect to heavy metals has not been conducted. Furthermore, like the oyster shell research, the polluted water was allowed to soak in the material for hours. Thus, the current study assesses the potential of this new hybrid material to remove both heavy metals and dyes from flowing water in order to obtain a more realistic representation of its capabilities. A drawback of both approaches is that they require large amounts of one specific waste material, making the implementation of such filters difficult due to limitations of resources. Furthermore, little to no research has been conducted that compares the two different approaches. Thus, this study assesses not only the differences between hybrid filters and purely natural filters but also designs a new filter made from multiple waste materials in an attempt to make a more practical filter that does not rely solely on one resource. Finally, research concerning the efficiency of such filters is lacking and thus, this study examines the amount of filter required to remove pollutants from water. This will provide clarity as to which filter would be more effective and economical.

Approximately 845 grams of oyster shells were collected from a local restaurant. The shells were scrubbed and cleaned to remove the periostracum, which is the outermost and organic layer of shells. Then they were left in the sun for three months to remove any remaining organic material (Figure 1). The oyster shells were then crushed with a sledge hammer to a dust-like consistency and run through a sieve (Figure 2), and 95 grams of crushed oyster shells were set aside to be used in a hybrid material. The other 750 grams served as the oyster shell filter.

The oyster hybrid material, a combination of the original silica fume-sodium alginate hybrid porous material and crushed oyster shells, was made. The process for creating the silica-alginate hybrid material was repeated but only 176.16 grams of silica fume were used and the 94.86 grams of crushed oyster shells that were set aside earlier were added to the mixture (Figure 6). The oyster hybrid material was heated to 75°C until the material dried (Figure 7), crushed to a powder-like consistency (Figure 8), and then run  through a sieve.

Ten PVC pipes, 1.9 centimeters in diameter and 30 centimeters in length, were filled with 75 grams of oyster shell dust. The same process was used for both hybrid materials. 10 PVC pipes were left empty and served as a control for the study. A coffee filter and landscaping fabric were attached at the bottom of the pipes to prevent the filter dust from falling into the collected water.  Wooden test tube racks were constructed to hold the PVC pipes, and 8 oz. glass jars were placed beneath each pipe (Figure 9). Fourteen liters of water were polluted with 1.4 grams of methylene blue and 1.4 grams of zinc sulfate. Using a 10 mL pipette, 250mL of polluted water was dripped through each pipe and collected in a jar at the bottom for testing (Figure 10). Heavy metals were tested using an Optima 8300 OES [8], methylene blue was tested for with a DR/4000V spectrophotometer [9]. Data was analyzed using mean, standard deviation, and Student’s t-tests[10].

After filtration, the filters were poured out of the PVC pipes in straight lines (Figure 11). Each filter was then divided between blue filter, which indicated that it contained methylene blue, and non-blue filter, which indicated that it was not needed for filtration. The blue and non-blue portions of each filter were weighed, and the percentage of the filter by mass that was blue was calculated to provide an estimate of the amount of filter needed to adsorb methylene from 250 mL of water. If a smaller amount of filter was needed to adsorb methylene blue from 250 mL of water, the filter was considered more efficient. Filters were then photographed with a SEM [11].

The porous nature of the oyster shell can be seen in Figure 16, indicating that the oyster shells partially used physical adsorption to remove the pollutants from the water.

As demonstrated by the porous nature of the material seen in Figure 20, it appears that the addition of oyster shells did not impact the formation of the material.

In both study endpoints (zinc and methylene blue), all three filters demonstrated high capacities to remove pollutants from flowing water. In addition, all three filters reduced pollution levels to meet EPA drinking water standards in regards to zinc (Table 3). These results support the conclusions found in previous research by Craggs et al. [12] that oyster shells have the potential to remove heavy metals from polluted water as well as the research done by Zanoletti et al. [7] that found that the silica-alginate hybrid material can remove methylene blue from polluted water. Furthermore, the current study builds on the conclusions of the previous research by demonstrating that these materials also are effective in flowing water, showing that their implementation is effective in a real-world setting. Moreover, the current study finds that the silica-alginate hybrid material also was able to remove heavy metals from polluted water, expanding the understanding on this filter’s capabilities. Additionally, the results demonstrate that the oyster hybrid material is a new and effective filter. The addition of oyster shells to the silica-alginate hybrid material did not obstruct its adsorption capabilities and thus provides an alternative and new filter that might be preferable in certain settings. This research is the first to compare the filtration capabilities of hybrid materials with those of natural materials. Although minor differences existed between the groups in terms of their filtration capacities, those differences were so small that the three filters demonstrated comparable abilities to remove the studied pollutants from water.

Although the hybrid materials are more efficient, they also require more steps to make. As a result, no clear distinction can be drawn as to which material requires the least energy and is more cost effective. However, the data supports the conclusion that all filters are effective and thus provides a solution to water pollution concerns. Consequently, filters should be utilized based on the resources available in the geographical region. The oyster-hybrid material is the most highly recommended filter if resources are available for it because it does not require large quantities of one waste material, making it more sustainable and pragmatic. Below is a map, depicting the recommended filter based on regional resources (Figure 21). Such a map is useful to local government authorities when determining which filter to implement. The map was created by drawing a 100 mile radius around each region that produces silica fume [14] and oyster shells [15] as waste resources.

Around the world, industries discard valuable waste materials that end up in landfills instead of being put to use. The current research demonstrates that these materials can be used as water filters, with all three tested filters demonstrating high capabilities to remove a variety of pollutants. Such research is relevant to corporations who are looking for inexpensive ways to address their pollution. In Maryland and Virginia for example, twenty power plants pour heavy metals into the Chesapeake Bay. In fact, the power plants dump an estimated 5,180 pounds of arsenic in the bay each year [16]. This number does not account for the many other dangerous metals that are being deposited by these power plants into the vital waterway. Such pollution has led to dead zones and swimming advisories. This research provides a cost-effective way for polluting corporations to treat their industrial wastewater. A proposed model for filtration in an industrial setting is depicted in Figure 22. Additionally, this research is relevant to local governments who could implement the proposed filters into stormwater drains (Figure 23). In the Port of Seattle, for example, oyster shells were implemented into stormwater drains to reduce copper pollution[18]. Such an example demonstrates the feasibility of such an approach. Cities around the world can look to the port as a model for implementation methods. On an individual level, stores and homes in regions with oyster shells could use them instead of rocks in landscaping in order to help remove some pollutants from stormwater.

Figure 22: Method for implementing filter into an industrial wastewater plant [17]. (left)
Figure 23: Method of implementation of filters into stormwater drains. Model is heavily based on those used in the Port of Seattle. [18]. (right)