During gastric digestion, the chemical breakdown of food takes place by peristaltic contractions and mixture of gastric acid and enzymes. Several factors have been shown to affect the rate of gastric secretions, such as food particle size (Luo, Q. 2018), food pH and buffering capacity (Salaun et al., 2005), but the intragastric pH has been specifically demonstrated to be a key parameter that modulates gastric secretions (Fordtran and Walsh, 1973). The intragastric pH and gastric secretions impact enzymatic hydrolysis from both alpha amylase, found in saliva, and pepsin, found in gastric juice. Alpha amylase functions at its maximal activity at pH 6.8 and is inactivated at pH 2, whereas pepsin has its maximal activity at pH 2 and is inactivated at pH > 5.5 (Fordtran and Walsh, 1973). A study by Walsh et. al has shown that the rate of gastric acid secretion is greatly affected by the initial pH of a meal, with higher pH levels resulting in higher rates of gastric acid secretion (Walsh et al., 1975). Therefore, the drop in the intragastric pH during digestion, which is crucial to the function of enzymes and chemical breakdown of food as well as the rate of gastric acid secretion, may be influenced by the food’s buffering capacity. However, the extent of the influence of buffering capacity on gastric acid secretion has not been well defined, and the direct relationship between food properties and buffering capacity is not yet clear (Taylor et al., 1978).

Buffering capacity refers to the resistance of a solution to a change in pH with the addition of a base or acid, primarily by the presence of proteins, acid/base groups, and organic acids. Proteins behave as strong buffers due to their amino and carboxylic groups (acid/base groups), and long chains of amino acids, both of which attach to the H+ ions found within gastric juice and resist changes to the intragastric pH (Salaun et al., 2005). Therefore, studies have been conducted examining how multiple food properties influenced the buffering capacity of proteins in order to better understand their relationships (Taylor et al., 1978).

A study has demonstrated that the protein concentration and initial particle size of foods directly affect the buffering capacity (Mennah-Govela et al., 2019). They showed than egg and whey protein concentrations as well as smaller food particle size  increased buffering capacity. It was suggested that higher protein concentrations increased the amount of acid/base groups and amino acid chains found within proteins that act as buffers to pH change; in addition, smaller particle size was suggested to increase the proteins’ surface area, thus creating more sites for pepsin activity, leading to the breakdown of proteins into smaller, and more, amino acid chains. From this study, it was inferred that surface area played an important role in the buffering capacity of proteins, though the relationship between the two is still unknown.

Medical texts have also shown that the digestion for protein-rich foods is significantly longer than other foods (Luo, Q. 2018), prompting further examination into the potential role of buffering capacity in the increased digestion time, and how the buffering capacity of proteins may change over time during digestion.

The experiment was designed with multiple sets of trials of in-vitro digestion, utilizing a shaking water bath and a combination of gastric juice and saliva to mimic human digestion. The word “digestion” will refer to this in-vitro digestion method. The multiple sets were conducted using gastric juice of either pH 0.8 or 1.8. Protein gel were prepared as cubes or spheres, and were digested  for different amounts of time to simultaneously measure the effects of both surface area and digestion time on buffering capacity by digesting the protein gels for different amount of times. Buffering capacity was measured by both area under the curve, (pH × (?mol H+/g sample)), which measures takes into account the initial mass and millimoles of H+ added as an area, and the total buffering capacity (mmol H+/g*?pH), which measures the buffering capacity in relation to the total change in pH (Mennah-Govela et al., 2019).

Preparation of Gastric Acid and Saliva

Gastric acid and saliva were prepared following the procedure as shown in Table 1.

Two different pH levels of gastric acid were used (0.8 and 1.8) for the two sets of experiments covering both spherical and cubic whey protein gels and all times of digestion (Table 2). Three replicates of trials were carried out for each time of digestion. Due to time constraints, however, only two trial replicates were completed for cubes, and no undigested protein gels (0 minutes) were titrated when gastric juice with pH 1.8 was used.

The differences in pH for gastric juice were used to examine how buffering capacity of  proteins would respond to different intragastric pH levels; gastric juice with a pH of 1.8 was closer to the pH of maximal activity for pepsin, while gastric juice with a pH 0.8 would mimic a more acidic intragastric environment, thus breaking down the proteins more rapidly. The saliva solution was prepared with a constant pH of 7.0, the most typical pH found in individuals with a healthy dental and periodontal condition (Baliga et al., 2013), for both sets of trials.

After gastric acid and saliva concentrations were prepared, milli-Q water was used to dilute concentration and raise the volumes of the solutions to 1 L. Both solutions were refrigerated after use to preserve freshness, and are stable for up to one month (Mennah-Govela et al., 2019).

20% whey protein gels were prepared following the procedure developed by Mennah Govela and Bornhorst (Mennah-Govela et al., 2019). 100 mL of whey protein dispersion were created by dissolving 22.47 grams of whey protein isolate (Hilmar Whey Protein Isolate 9000, purchased from Hilmar Ingredients) in 100 mL of milli-Q water, stirred at 350 rpm for one hour. The pH of the dispersion was then adjusted to 7.5.

After 20% whey protein dispersion was created, the dispersion was wrapped in tinfoil and heated in a water bath (Fisher Scientific, Isotemp) at 90º C for one hour. Immediately after, the solidified dispersion was cooled in ice for fifteen minutes. The gel was then separated into long pieces by using a grid cookie cutter with sides of 13 mm, and then cut into cubes with sides of around 5.10 mm each, to achieve a volume of approximately 132.651 mm3.

20% whey protein spheres were created using Dippin’ Dots Frozen Dot Machine by pouring the dispersion into Dippin’ Dots trays, which, after heating for 20 minutes in a water bath (Fisher Scientific, Isotemp) at 80º C, created spheres of a volume of approximately 132.651 mm^3. Trays were very lightly coated with canola oil (Trader Joe’s Canola Oil Spray), in order to expedite the cleaning process, and were attached to each other using electrical tape to prevent sphere deformation.

After heating, the spheres were cooled at room temperature, and were then separated from the trays manually (Fig. 2).

An in-vitro digestion model was used for this study by placing the protein gels in a shaking water bath (Thermo Scientific Precision SWB 27) preheated to 37 ºC and shaking at 100 rpm. Approximately ten grams of 20% protein gel were used for each time trial of digestion (0, 60, 120, 180 minutes).

2 mL of saliva were added to the protein gels, mixed for 30 seconds, and immediately combined with 14 mL of gastric juice. The protein gels were then placed in the shaking water bath at 37 ºC, stored in 50 mL centrifuge tubes, for the designated digestion time (0, 60, 120, and 180 min).

After digestion, protein gels were titrated both with and without gastric juice to examine how the presence of gastric juice would affect the buffering capacity.

To observe the effects of the surface area and digestion time on the buffering capacity, an acid titration method was used (Al-Dabbas et al., 2010). Acid titration was completed by adding 0.5 mL increments of 0.2 M HCl to the in-vitro digested protein gels, until the pH dropped to 1.5. If 7.0 mL of 0.2 M HCl were added and the pH did not yet reach 1.5, 1 mL of HCl increments were added. Three measurements of the pH of protein gels titrated without gastric juice were taken and averaged for each addition of HCl in order to account for the inconsistencies when measuring the pH of solids. For protein gels with gastric juice, only one pH measurement was taken while constantly stirring at 125 rpm in a stirring place.

The data suggests that there may be relationships between the surface areas and buffering capacity of protein-rich foods during intragastric digestion, where gastric acid is present, but more research is needed to understand how the surface area affects the buffering capacity when proteins are isolated from gastric acid, such as in the small intestine. However, due to large standard deviations, which may be results of human inconsistencies during protein gel creation, more research is needed to find more reliable data.

It is believed that because pepsin functions at its maximal activity at an intragastric pH of 2.0, gastric juice with a pH level closer to that amount would better promote pepsin activity. This may result in higher buffering capacity for protein gels digested in gastric juice of pH 1.8 than gastric juice of pH 0.8 because the pepsin is more actively dismantling the protein into smaller amino acid chains, thus increasing the number of buffer sites (Walsh et al., 1975).

Because only trials were carried out for digestions using gastric juice with pH 1.8, error bars and standard deviations were not calculated.

Since the measurements of total buffering capacity divide the total mmol of H+ added over the final change in pH (mmol H+/g ?pH), it is believed that the difference in initial pH between the gels digested with the two gastric juice formulations greatly influenced the measurements of total buffering capacity. The initial pH levels of both spheres and cubes were seen to be higher when the gastric juice had a pH of 1.8 compared to 0.8 (Figure 9).

It is believed that there is higher initial pH in digestions with gastric juice of pH 1.8 because the simulated intragastric pH is closer to 2.0, where pepsin is at its maximal activity (Walsh et al., 1975). As pepsin dismantles the protein into smaller fragments of amino acid chains and acid/base groups, they interact with the gastric juice to raise the pH similar to the observation discussed in the study by Walsh et. al (Walsh et al., 1975).However, more research is needed to further clarify the relationships between initial intragastric pH and buffering capacity.

From the results, we can observe that the surface area of protein-rich foods greatly affects the buffering capacity of those proteins, and this knowledge can translate to how buffering capacity may influence protein breakdown rate. Since buffering capacity has been shown to influence the rate of gastric secretions, the relationships found in this study can be incorporated into the mathematical model that aims to estimate the amount of gastric juice secreted, and therefore the protein breakdown rate, developed by Mennah-Govela et al. (Mennah-Govela et al., 2019). By better understanding how specific food properties affect their buffering capacity, protein-rich food products may be manufactured to better suit individuals’ nutritional needs. For example, products designed to be easier absorbed may be manufactured with higher surface areas in order to increase buffering capacity, which in turn may increase the amount of gastric juice secreted and promote the breakdown of proteins into smaller, more easily absorbed chains of amino acids (Taylor et al., 1978).

Further studies could focus more on how the initial intragastric pH influences the buffering capacity of foods, mimicking gastric digestion after the consumption of meals with different pH levels. Additionally, future studies could further clarify the relationship between the buffering capacity of foods and both the bioavailability of nutrients, or the quantity of those nutrients that become available for absorption after gastric digestion.

Thank you to Dr. Gail Bornhorst, PhD Candidate Yamile Mennah-Govela, PhD Student Clay Swackhamer, and Postdoctoral Scholar Silvia Keppler for access to their lab and their support and encouragement.

PH dependence of acid secretion and gastrin release in normal and ulcer subjects.

Buffering Capacity of Protein-Based Model Food Systems in the Context of Gastric Digestion. 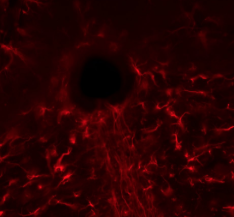 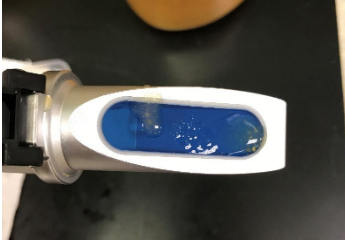 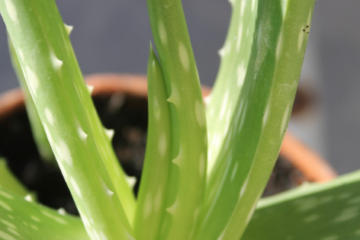