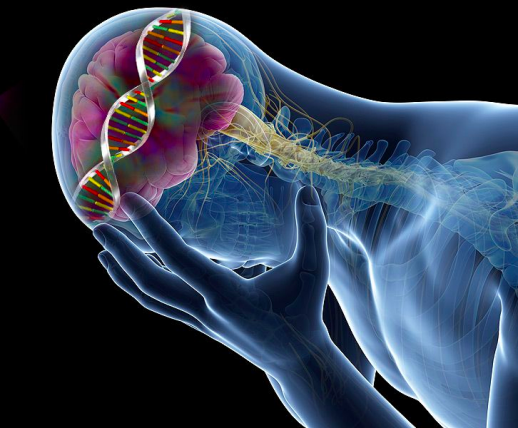 Within the past two decades, a lot of research has been done on the genetics behind cancer and diseases such as cystic fibrosis, anemia, Huntington’s disease, Down Syndrome, Turner Syndrome, and autism just to name a few. However, the medical field lacks sufficient
research on the genetics behind psychiatric disorders, especially mood disorders such as Major Depressive Disorder (MDD), since the role of genetics in mood disorders has only recently been acknowledged. Before, environmental influences have been heavily studied as the main cause for mood disorders. In fact, according to a recent report on depression statistics from the National Institute of Mental Health, in most cases of depression, around 50% of the cause is genetic. (“Depression: what you need to know,” 2015). Considering this high number, more research needs to be conducted to evaluate the role of different genes, aside from just environmental influences, in triggering depression.

From the pool of recent research on the genetics behind depression, a study by ten neuroscientists explored the link between the TPH2, BDNF, and ANK3 genes and Major Depressive Disorder. Upon microarray analysis, they found that these genes are expressed in
lower levels in neurons from genetically-predisposed MDD patients than in neurons from the controls (Garriock, Delgado, Kling, Carpenter, Burke, Schwartz, Marangell, Husain, Erickson, & Moreno, 2006).

Another recent study conducted by ten neuroscientists found there to be a statistically significant difference in the level of expression of the FMR1, RORA, and CRY1 genes between neurons from patients with genetically-predisposed MDD and from normal controls. These genes were expressed in higher levels in the neurons from the genetically-predisposed MDD patients compared to the normal controls (Kripke, Nievergelt, Tranah, Murray, Rex, Grizas, Hahn, Lee, Kelsoe, & Kline, 2013).

Glutamate, norepinephrine, dopamine, and serotonin are present in lower levels in patients with MDD compared to those without MDD. With this established information, it is predicted that the SLC1A1, SLC6A2, SLC6A3, and SLC6A4 genes are overexpressed in patients
who are genetically predisposed to MDD, thus leading to increased reuptake of their corresponding neurotransmitters, which in turn lowers the levels of those neurotransmitters, producing the physiological and behavioral characteristics of MDD. If proven that the SLC1A1, SLC6A2, SLC6A3, and SLC6A4 genes are, in fact, overexpressed in MDD patients, the intricate mechanisms that regulate the overexpression, such as DNA methylation of the CpG islands of those four genes, could be explored (Xin, O’Donell, Ge, Chanrion, Dwork, Arango, Mann, & Haghigh, 2013). With the emerging field of personalized medicine, a drug could then be developed to fix the genetic malfunctions—a great promise in the clinical side.

Depression: what you need to know. (2015, December 3). Retrieved from https://www.nimh.nih.gov/health/publications/depression-what-you-need-to-know/index.shtml.