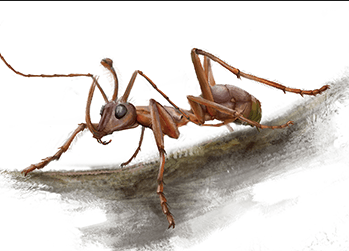 Although extensive research has been performed on allogrooming behavior in mammals and birds, very little has been done on the allogrooming behaviors of insects. Ant allogrooming behavior is believed to contribute to the overall health of the colony due to their use of phenylacetic acid in grooming activities. This study attempts to quantify allogrooming as a function of nestmates present. In addition, it attempts to differentiate allogrooming success based on exoskeleton morphology. We hypothesized that an ant placed with twenty-five nestmates would groom at a higher rate compared to an ant placed with ten nestmates. We further hypothesized that ants with ridged exoskeletons would groom with less success than ants with smooth exoskeletons .Further, allogrooming success rates significantly increased when individual workers were placed with twenty-five nestmates rather than ten. Data also shows that, across all ant species tested, ants clean body segments in a specific order: first the head, then the gaster, and the thorax last.

In social animal species, allogrooming is a behavior in which individuals in a group clean each other. This practice can be used to define social caste but is more broadly used to decrease the chance for infectious disease for colonies living in close quarters. The vast majority of research into allogrooming behavior focuses on mammals such as primates. However, nearly all members of the ant family, Formicidae, have been found to practice social cleaning. (1) Allogrooming, or grooming between members of the same nest, is a vital part of colony health, since workers often return to the nest carrying potential health hazards such as fungal spores. The metapleural gland, a secretory gland unique to ant species, is located between the thorax and gaster. (2)  It produces phenylacetic acid which collects in reservoirs known as bulla. (3) This substance, along with specialized combs on their feet used to distribute an antimicrobial agent over the exoskeleton and clear debris, is an effective cleaning method. This method helps to prevent the growth of bacterial and fungal spores on the ants and inside of the nest.

Ant exoskeletons can be broadly categorized into groups with and without ridges. This research is designed to determine the varying rates of allogrooming as a function of ant size and exoskeleton morphology. In addition, this research attempted to determine the varying rates of allogrooming as a function of the number of nest mates present. A higher number of nest mates is expected to increase the success rates for cleaning due to of allogrooming. Four species of ants were used for this experiment: Solenopsis Invicta (commonly known as “fire ants”), Aphaenogaster Rudis (commonly known as “funnel ants”), Camponotus Chromaiodes (commonly known as “carpenter ants”), and Pogonomyrmex Badius (commonly known as “harvester ants”). Pogonomyrmex and Aphaenogaster were chosen as ridged species. Camponotus and Solenopsis were chosen as smooth species. Smooth and ridged exoskeleton morphologies are shown in Figure 1. Further, while A. Rudis and S. Invicta species average around 0.5 centimeters, C. Chromaiodes and P. Badius average around 1.5 cm. (4)(5)(6) The experiment attempts to describe how exoskeleton morphology affects rates of social cleaning. It is hypothesized that ridged species will be less successful in grooming and that smaller species will be more successful in grooming.

Ant colonies were kept in a room that was humidified and heated to a temperature of 28 degrees Celsius. The ants were kept in artificial colonies fashioned out of an array of five-inch petri dishes coated in plaster. Tubes were embedded in the plaster and water was added periodically to irrigate the plaster and keep it moist in order to avoid dehydration. The petri dishes were connected with rubber tubes about two centimeters in diameter. In addition to the petri dishes, a foraging arena was attached. The foraging arena was made out of an open top plastic box with fluon (a compound that prevents ant escape) painted around the edges. (Figure 2) Inside the foraging arena were two test tubes, one with water and one with sugar water, stoppered by cotton balls. The cotton balls absorbed the liquid so the ants could access it. Solenopsis Invicta, Aphaenogaster Rudis, and Camponotus Chromaiodes were also given live termites and frozen crickets through the foraging arena. Pogonomyrmex Badius had a diet mostly made up of seeds. P. badius received mixed bird seed through the foraging arena. A handful of 2-3 inch twigs and soil were also added. Groups of 35 worker ants were placed in clear plastic containers edged with Fluon. The ants were then placed in a freezer for 2-4 minutes in order to easily place them in petri dishes. Ten of the cold shocked ants were placed in a petri dish and 25 are placed in another. The bottoms of both petri dishes were coated with approximately one centimeter of dental plaster. The plaster was first dampened with a wash bottle to avoid dehydrating the ants. Two individuals that were not frozen were coated in pink, florescent talc powder and lightly tapped to release excess powder. Pink fluorescent talc was used to create better final images. One of these individuals was introduced into the group of ten and the other was introduced into the group of twenty-five. (Figure 3) A red-light filter was then placed over the lid in order to simulate low light conditions. The ants were observed for two hours in order to determine when each body segment (head, thorax, gaster) was 95-100% cleaned at time points 15 minutes, 30 minutes, 60 minutes, 90 minutes, 120 minutes.

Results:
Percent Trial Individuals Clean. Six trials were performed for each species. In order to compare the 25 nest mate groups to the 10 nest mate groups, the six trials for each species were compiled into percentages of trials that were clean at each time point for head, thorax and gaster. Each individual segment was determined to be clean if all powder was removed other than a few individual particles.

Table 2. Time for six individuals with 25 nestmates to clean head. 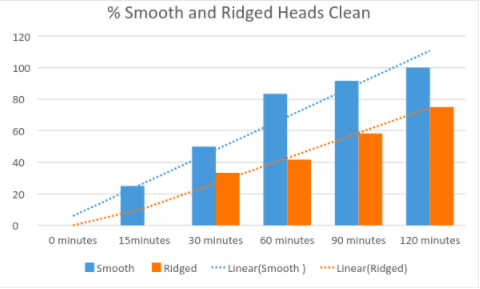 Table 4. Chi Square Statistic Comparing Cleaning Efficiency for Smooth and Ridged Species. The p-value indicates that the hypothesis that ant species with smooth exoskeletons clean faster than species with ridged exoskeletons was supported.

Table 5. Chi Square Statistic Comparing Cleaning Ability for Individuals with 10 and with 25 Nestmates. The p-value indicates that the hypothesis that ants with a larger group of nestmates clean faster was supported.

The large amount of trials necessary to produce usable data required a more rudimentary method of determining when the ants were clean. Further experimentation could be done by freezing the individuals which were originally coated in pink talc. The heads could then be removed from the ants and the antennae removed from the head for imaging. A similar process was used to produce the images in Figure 1. These images may yield a more accurate statistical analysis.

A greater difference in cleaning ability between individuals with 25 nestmates and individuals with 10 nestmates shows a greater reliance on allogrooming behaviors. A chi square test was used to determine statistical significance. The p-value is less than 0.0001 indicating statistical significance for p < .05. Thus, it is observed that allogrooming did occur and increased when the individual was placed with 25 nestmates instead of 10.

Because the head was cleaned first, ratios of the percentage of 25 groups clean to the percentage of 10 groups clean were compared for the head at 120 minutes. A. Rudis shows the highest ratio with a 6:1 difference between groups of 25 and groups of 10. S. Invicta is the next highest with a ratio of 3:1, followed by P. Badius and C. Chromaiodes which both show a ratio of 3:2. Only C. Chromaiodes and S. Invicta, both of which are smooth species, have groups which are clean in the 15-minute time point. Across all species, 87.5% of individuals with 25 nestmates show a clean head at 120 minutes. 37.5% of individuals with 10 nestmates show a clean head at 120 minutes. Thus, grooming rates increase by 233% when individual worker ants are placed with 25 nestmates instead of 10 nestmates. This shows that allogrooming is present. Further, all groups show that the head is cleaned first. Thus, in order to make comparisons between species, the head of groups with 25 individuals were compared at 120 minutes. Both A. Rudis and S. Invicta showed higher 25 group to 10 group ratios compared to the P. Badius and C. Chromaiodes groups. A. Rudis and S. Invicta also share a similar average size of around 0.5 cm, while P. Badius and C. Chromaiodes share an average size of around 1.5 cm. Thus, the two smaller species had a greater deviation between the 25 group and the 10 group, indicating a greater reliance on allogrooming

As it relates to the morphology of the exoskeleton, the smooth species – C. Chromaiodes and S. Invicta – were clean at earlier time points in comparison to ridged species – P. Badius and A. Rudis. Thus, it may be that small, smooth ants are ideally fit for allogrooming success. The higher deviation between groups with 25 individuals and groups with 10 individuals for A. Rudis and S. Invicta species suggests there may be a higher critical number of nest mates to maintain colony health in ant species with a smaller average size. A Chi Square comparing smooth and ridged cleaning efficiency was calculated using the percentage of heads clean before the average cleaning time of 36.25 minutes.

The null hypothesis states that smooth and ridged species would achieve 95-100% clean head at the same time. However, data shows that while 50% of smooth individuals had cleaned the head before 36.25 minutes, only 33.3% of ridged individuals had. The p-value is 0.0147 indicating statistical significance for p < .05. Thus, the hypothesis that ant species with smooth exoskeletons would clean faster than those with ridged exoskeletons was supported. 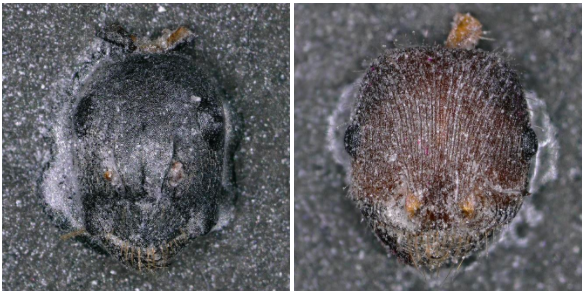 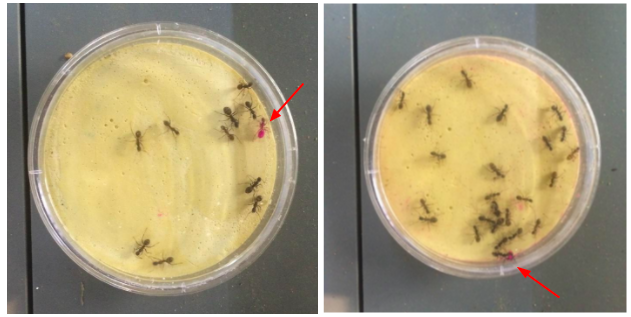 I would like to acknowledge NC State University and the staff in the Animal Behavior lab at the North Carolina Nature Research Center. I would like to further acknowledge Dr. Mary Jane Epps and Dr. Rob Dunn for giving me my start in animal behavior research in 2014. 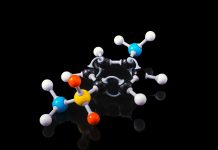