Do drugs increase the risk of dementia? 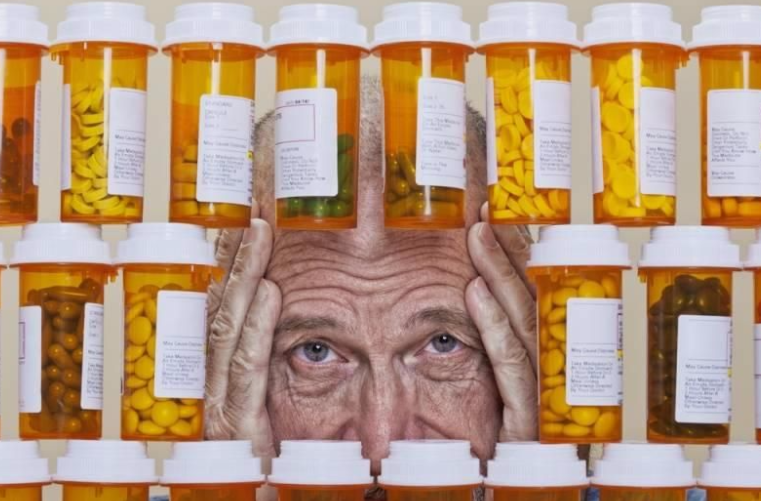 One of the most feared medical conditions among aging citizens is undoubtedly dementia, especially Alzheimer’s disease. With the continuous awareness programs regarding Alzheimer’s, people know that there is no specific treatment for it and the only way they can keep themselves safe is through prevention.
Recently, New York Post published an article with the headline “Over-the-counter pills could raise risk of Alzheimer’s: Study.” More and more articles are being published that show a connection between drug use and decline of cognitive function. So, is it something that should be taken seriously? The answer is, yes!

Over 3,000 dementia-free individuals from an older age group enrolled in a study carried out by Adult Changes in Thought (ACT) in 1994. They were constantly observed by scientists for 2 decades. Their study concluded that people who regularly took over the counter pain killers, anti-depressants and anti-histamines were at greater risk of dementia, compared to those who didn’t. The authors concluded:
“Higher cumulative anticholinergic use is associated with an increased risk for dementia. Efforts to increase awareness among health care professionals and older adults about this potential medication-related risk are important to minimize anticholinergic use over time.”

What are anticholinergic drugs?

Anticholinergic drugs have been researched deeply for a while now. They show a clear link with cognitive decline. The reason why these drugs are named ‘anticholinergic’ is because they interfere with a part of the brain called acetylcholine (Ach) that is directly attached to nerve cells. ACh is responsible for muscular movement and contractions. If the required amounts of neurotransmitters are not released by your brain, you cannot even breathe or blink. This is why, ACh is heavily responsible for basic body movements and muscular contractions.

If ACh doesn’t do its job properly, the brain doesn’t get messages from neurotransmitters, hence, making you feel confused and forgetful. It is indeed scary to forget a simple everyday task like tying your shoelaces. This is what anticholinergic drugs do to your brain.
How were anticholinergic medications discovered?

One of the earliest uses of anticholinergic medications was recorded back in early 20th century, where scopolamin, a strong anticholinergic, was used with nicotine to induce ‘twilight sleep’. This combination was commonly used by women during labor and delivery so that they could forget the pain and get over the experience easily. It was developed by German researchers who claimed that it produced a feeling of “clouded consciousness with complete forgetfulness”.

The most commonly found sources of anticholinergic are present in over-the-counter drugs, especially anti-depressants, antihistamines, and overactive bladder medications. Studies clearly show that using an anticholinergic medication for a certain period of time can lead to cognitive decline and brain atrophy.

Common sleeping pills and antihistamines have drugs like chlorpheniramine and diphenhydramine (DPH), which put you at a risk for dementia in the long run. One of the most popular examples in this regard is Benadryl. Take a look at the label of any sleeping pill and night time pain relievers. DPH is a key ingredient in all of them.

Antidepressants also have an ingredient known as “tricyclics” which is linked with the onset of dementia. Many over the counter medications for treating overactive bladder contain oxybutynin (Ditropan), fesoterodine (Toviaz), and tolterodine (Detrol) which are all various forms of anticholinergic drugs.

Who is at risk?

More than one third of the population of older people (over 65 years of age) is on anticholinergic medications without even realizing its implications. The body becomes fragile as it grows older, and these drugs have a stronger impact on older people as compared to younger ones. The kidney and liver function slow down with age, so the drug remains in the blood stream for a longer time. This is why, older people who take over-the-counter medications regularly are clearly at a risk of dementia.

What can you do?

The first step towards empowerment is to learn about common anticholinergic drugs that can affect brain function. There are many books and online articles that give a complete list of anticholinergic drugs, which should be avoided at all costs. Secondly, try to avoid medication for daily issues like simple headahces and insomnia.

Instead, try out some natural remedies that can help you overcome your symptoms of discomfort. Keep in mind that you shouldn’t discontinue any drug immediately without discussing with your doctor first.
Also keep in mind that these symptoms affect every human brain. Just because you are not 65 years old yet doesn’t mean that you are immune to the side effects of anticholinergic drugs. This is why, you need to start taking control of your health immediately, and not wait till it’s too late.

Just like you exercise your body, it is essential to work out your brain muscles too. If you train your brain muscles regularly, they will develop the ability to withstand the process of aging and will show very little or no symptoms of memory loss or brain cell damage in the future. But, to maintain your brain cell strength, it is essential to follow a brain healthy lifestyle which involves regular and targeted brain tasks. These brain exercises will gradually increase and strengthen your cognitive skills.

So, pick up a brain training activity that you enjoy, and follow it regularly. Download an app on your phone or solve the crossword puzzle in the weekly newspaper, there is a vast variety of options available that can help you exercise those brain muscles without spending a penny.

After reading countless studies that showed a clear connection between medication and risk of dementia in older adults, it is clear that these drugs are actually causing more harm than good. The more you take these medications, the worse the effects are going to be. And remember, while some cognitive effects are reversible, others are not.

If you have been taking a similar medication for a long period of time, it is better to assess your mental health through an online brain test. Take the results to your doctor, and educate yourself about the risks of cognitive impairment and dementia.