Dream catcher: a machine that can read your dreams

What did you dream about last night? Have you ever struggled to remember exactly what you saw in your dream? Don’t worry, let science do it for you: a team of researchers has built the first ever dream-reading machine!

Dreams are common for all of us. We have all experienced vivid visual content during sleep, and often times we wake up to tell others about the imagery that we saw. As normal as dreaming is, the changes that occur in our body during sleep remain an area cloaked by mystery in neuroscience research. More specifically, what is happening to the brain while dreaming is a major scientific puzzle that has yet to be cracked. Dream research is a formidable task, since scientists lack a tool for direct and objective measurement of dreams, and thus have to rely on subjective personal accounts. If scientists can unveil this mystery, we may be on our way to engineer a machine that can give us objective accounts of our dreams! Although a dream-reading machine resembles a far-fetched future, a team of Japanese researchers has managed to narrow the gap between fiction and reality. Linking brain activity during stage I sleep with visual imagery, Kamitani and others have generated a computer program that can predict what people were dreaming about.

During sleep, people pass through five phases: stages 1, 2, 3, 4 and rapid eye movement (REM). The classic dreams that people experience take place during the REM stage. As the name suggest, REM is characterized by sporadic eye movements, irregular breathing, and temporary paralysis of limb muscle1. Although dreaming is most commonly linked with REM, recent studies indicate that people can experience dream consciousness during non-REM stages2. For instance, during the onset of sleep (stage I), frequent hallucinations similar to dreams do occur3. Thus, the Japanese team focused on stage I sleep in order to collect many observations and recording, as REM sleep takes longer to reach and harder to wake people up from.

Figure 1: The five phases of sleep. Even though dreams are classically linked with REM stage, people can experience fragmented visual images dung stage I sleep. Typically, it takes 70-90 minutes after falling asleep for a person to reach REM sleep. Towards the top is electroencephalography (EGG) of the different phases of sleep, indicating electrical activity of neurons in the brain. Image taken from Orbringer, 2013.

In an attempt to build a dream-reading machine, the Japanese team hypothesized that certain visual contents in dreams correlate with specific brain activity patterns. The experiment involved three volunteers lying inside a functional magnetic resonance imaging (fMRI) machine for 3-hour sessions over the course of 10 days4. When an area of the brain is used, more blood flows to that region in order to accommodate increased neuronal activation5. Thus, fMRI measures brain activity by recording changes in cerebral blood flow. In addition, the scientists also used electroencephalography (EEG) to detect electrical activity of neurons in the brain.

As the participants lay down in the machine, they were told to go to sleep. Despite the loud banging of the machine, the volunteers were still able to fall asleep. As they began to doze off, the EEG depicted a wave characteristic of stage I sleep, suggesting presence of hallucinations (Figure 1). The scientists woke up the participants, asked them to give a report of anything they had seen, and then told them to go back to sleep. During this process, the fMRI machine kept track of brain activity as the participants napped. Here is a sample of a one visual report:

From the sky, I saw something like a bronze statue, a big bronze statue. The bronze statue existed on a small hill. Below the hill, there were houses, streets, and trees in an ordinary way.6

Figure 2: Schematic of experiment. Three subjects were recruited to lie in fMRI machines. As the participants dozed off and entered stage I sleep, a ripple of EEG activity suggested the presence of visual content. The subjects were then woken up by the researchers to describe the hallucinations they had seen. After giving a visual report, the subjects went back to sleep. This process was repeated numerous times, allowing the researchers to gather approximately 200 reports from each subject. Image taken from Underwood, 2013.

Using the numerous reports gathered from the participants, Kamitani’s team extracted the words describing visual objects or scenes and grouped them into broad categories for each person (“building”, for example). Then, the researchers gathered photos on the Internet that matched the categories and showed them to the subjects, this time awake. As the volunteers viewed the image, their brain activity was again recorded by the fMRI machines. Equipped with a learning program, the researchers entered in the fMRI program into a computer algorithm that learned to associate specific brain activity “signatures” with different types of images8. Essentially, the program compared how the brain looked when the subject saw an object during sleep with how the brain looked when the subject saw photographs of the same item while awake. The program then weeded out non-visual activity during sleep and looked for commonality of brain activity between real life perception and sleep-onset imagery of similar items.

Curious to see how well the newly trained program would work at decoding dreams, the scientists tested out the algorithm in a second round of dream-reporting by the same trio of subjects. Remarkably, the program was able to predict what people had seen in their dreams with 60% accuracy, proves to be a statistically significant result9.

The idea that a machine can predict what people were dreaming about on the basis of brain activity alone was “Star Trek, at best,” says Robert Stickgold, a neuroscientist at Harvard who studies dreams10. However, he describes the Kamitani’s work as “incredibly robust”, stating “this is probably the first real demonstration of the brain basis of dream content”11.

Indeed, the findings suggest that visual content of dreams is represented by, and can be extracted from brain activity, gaining deeper insight into the relationship between neuronal activities and dreaming. Furthermore, evidence suggests that visual content experienced during sleep produces similar brain activity patterns to imagery seen while being wide awake. What we see in our dreams may not be so different from what we experience in the real world after all! By giving scientists better understanding the relationship between dreams and brain activity, Kamitani’s work may be applied in a clinical setting, where doctors can better treat patients who experience bad dreams. For years in the field of neuroscience, there has been a struggle to link clinical observations (dream reports and psychological disorders) with molecular mechanism in the brain. Sigmund Freud, the father of psychoanalysis, predicted “deeper research will one day trace the path further and discover an organic basis for the mental event”12. By discovering this “organic basis”, such as which neurons are activated and what chemicals are being released, scientists will be able to produce drugs that precisely target the molecular sources of mental problems. The fascinating work by Kamitani and colleagues is another step towards realizing Sigmund Freud’s century-old dream. 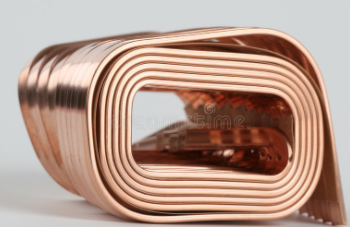 Recovery of Copper in Effluent from Advanced Placement Chemistry Labs 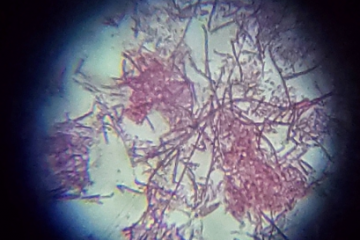 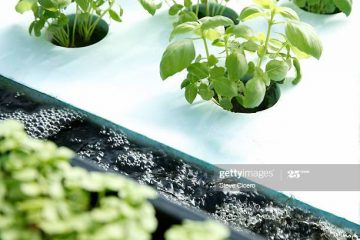 Author: Darynne Lee Peer Reviewer: Lauren Cho Professional Reviewer: James Truncer “Sustainability is the ability to meet the needs of the present without compromising the ability of the future generations to meet their own needs” Read more…